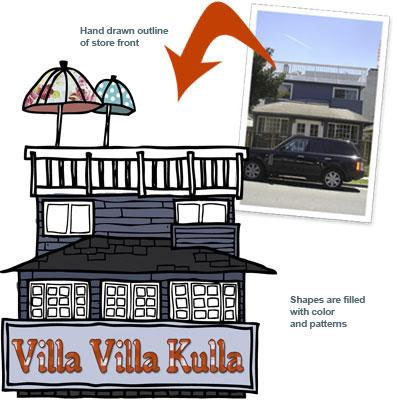 Mrs. Piggy's Trend opened up a store in Santa Monica on June 12th 2009. The Store was called Villa Villa Kulla - an omage to Pippi Longstocking.

The store was a little cottage, painted dark grey with white trim. I made the above logo for the store. 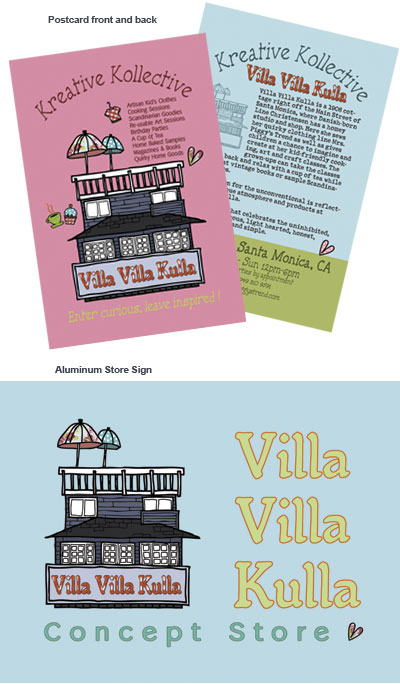 Unfortunatly, due to permit problems with the landlord and the city the store stayed open a mere 3 weeks.

Here are screen shots of the alterations that I made to the Mrs. Piggy's website.

Look for the store to re-open in a new location (not California though)...